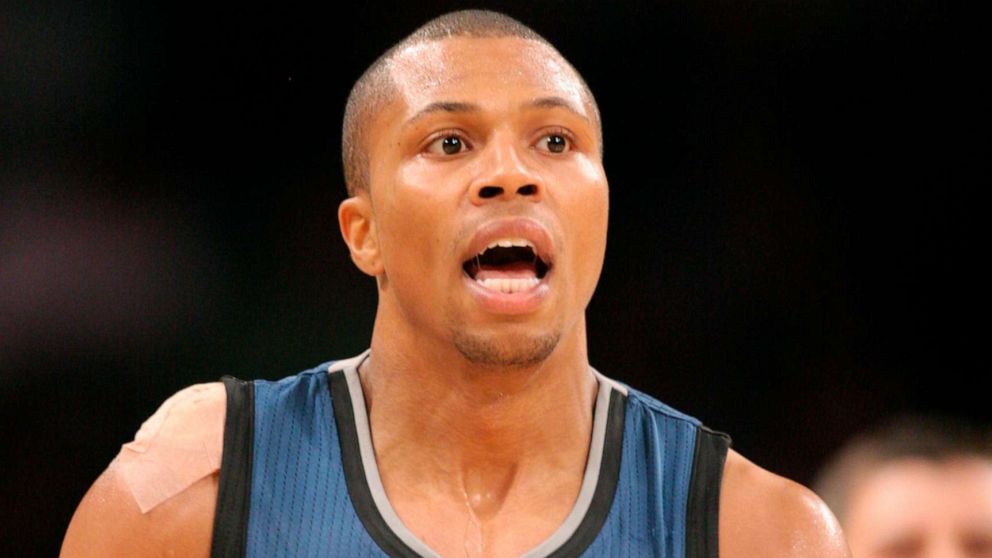 Sebastian Telfair, Glen Davis and Darius Miles were among those charged.

The players were charged with conspiracy to commit health care fraud and wire fraud as part of what prosecutors called a "widespread scheme to defraud" the NBA health care benefit plan.

They allegedly submitted false or fraudulent claims totaling nearly $4 million, from which the ex-players took in about $2.5 million.

The records submitted by the ex-players "described medical and dental services that were not in fact provided," the indictment said.

The fraudulent invoices were created by a chiropractic office in Encino, California, two dentist offices in Beverly Hills and a wellness office in Washington state. The indictment named none of the offices allegedly involved and they were not charged.

"The benefit plans provided by the NBA and the National Basketball Players Association to our players are critically important to support their health and well-being throughout their playing careers and over the course of their lives, which makes these allegations particularly disheartening," the NBA said in a statement Thursday afternoon. "We will cooperate fully with the U.S. Attorney's Office in this matter."

"Williams recruited other plan participants to defraud the plan by offering to supply them with false invoices to support their false and fraudulent claims to the plan in exchange for the payment kickbacks to Williams," the indictment said.

The indictment also alleges that Williams impersonated an individual who processed the plan's claims. Williams, the indictment said, received $230,000 in kickbacks from the other defendants for his role.

The defrauded NBA plan is intended to give additional coverage to eligible NBA players' existing medical coverage, according to the indictment, by reimbursing "certain medical expenses incurred by eligible active and former NBA players, their spouses, and other dependents that are no covered by a player's primary insurance carrier."

In December 2018, Smith, a former Chicago Bulls forward, sent an invoice to the NBA Health and Welfare Benefit plan claiming reimbursement for a $48,000 root canal at a dentist's office in Beverly Hills. At the time, however, Smith was in Taiwan playing in a basketball game, according to an indictment returned in New York.

Davis, Wroten and Allen all claimed to have had crowns on the same six teeth on the same day, May 11, 2016, the indictment said.

Sixteen of the ex-NBA players have been taken into custody by the FBI and are due to appear in courtrooms in cities across the country before they're brought to New York for arraignment.

Telfair pleaded not guilty Thursday and was ordered released on a $250,000 bond.

His travel is limited to New York City and its immediate suburbs. The judge ordered him to have no contact with his co-defendants and he was told to make efforts to find a job.

Palacio, who is an assistant coach with the Portland Trail Blazers, was placed on administrative leave, the team announced Thursday.

"The federal investigation is independent of the Trail Blazers organization and we will have no further comment pending the outcome of the legal process," the team said in a statement.

Staff Reporter 2 weeks ago
previous post next post
We use cookies to ensure that we give you the best experience on our website. If you continue to use this site we will assume that you are happy with it. Ok