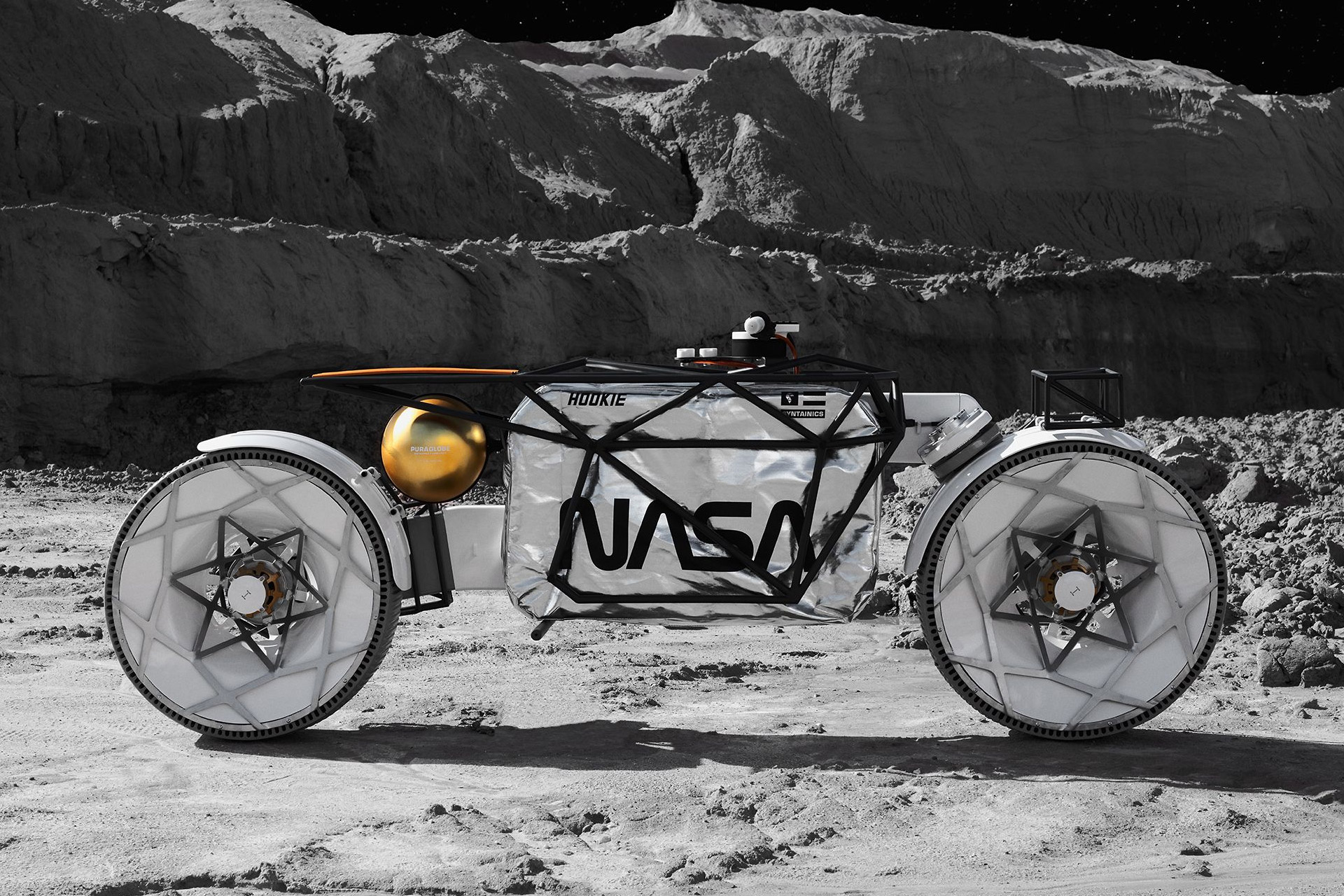 Hookie Co. is taking the motorcycle to the next frontier with the Tardigrade, an electric lunar exploration concept vehicle. The Tardigrade was a globe-spanning endevour, with the initial concept penned by Russian designer Andrew Fabishevskiy. Hookie Co. founder Nico Müller loved the concept and began creating the foundation for the design in CAD. The project took nine months and was the first Hookie Co. creation built completely in-house. Puraglobe Syntainics, a company that recycles used oil into synthetic lubricants, provided financial support. The Tardigrade's battery and hub motors come from Swedish electric brand CAKE. The Tardigrade will be on display at the Petersen Automotive Museum in Los Angeles.