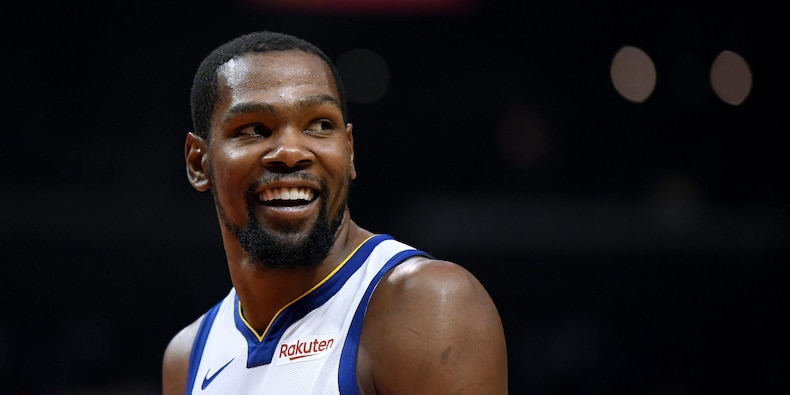 Two-time NBA champion Kevin Durant is launching a special purpose acquisition company aimed at looking for a tie-up with a tech-driven company, including one in the $2.7 trillion cryptocurrency market.

Durant's Infinite Acquisition Corp. filed for an initial public offering of up to $200 million with the Securities and Exchange Commission. It seeks to have its units listed on the New York Stock Exchange under the symbol "NFNT.U," offering 20 million units for $10 apiece with Credit Suisse acting as the underwriter.

Durant, who currently plays as a forward on the Brooklyn Nets, will continue his working relationship with entrepreneur Rich Kleiman. The two have worked on deals involving cryptocurrency exchange Coinbase, online brokerage Robinhood, and food delivery service Postmates, which was bought by Uber in 2020.

"We will seek visionary founders leading technology-enabled platforms disrupting the traditional worlds of sports, health, wellness, food, commerce, and culture through their unique relationship with the consumer," said Infinite Acquisition in the SEC filing dated November 2.

Crypto and digital assets are also an area of focus for Infinite Acquisition, which noted in its filing an increased interest among consumers in platforms such as Coinbase, crypto exchange Kraken, and wallet-security maker Ledger. It also pointed out heightened demand for NFTs that allow people to purchase or own blockchain-powered art and game collectibles, such as Axie Infinity, a popular play-to-earn game.

"We believe these non-fungible tokens (NFTs) will enable greater liquidity for previously illiquid assets and reflect the nearly unimaginable scaling that the internet enables," the emerging SPAC said.

The filing for Infinite Acquisition comes as the boom in SPAC activity over the past year has been showing signs of cooling. Special purpose acquisition companies, or SPACs, are so-called "blank check" firms that go public with only cash on their balance sheet. SPACs have a two-year deadline to merge with or acquire a private company, allowing that business to skip the traditional IPO process.

Infinite Acquisition said it will redeem 100% of public shares for cash if it hasn't completed an initial business combination within 18 months after closing the offering.

Staff Reporter 2 months ago
previous post next post
We use cookies to ensure that we give you the best experience on our website. If you continue to use this site we will assume that you are happy with it. Ok